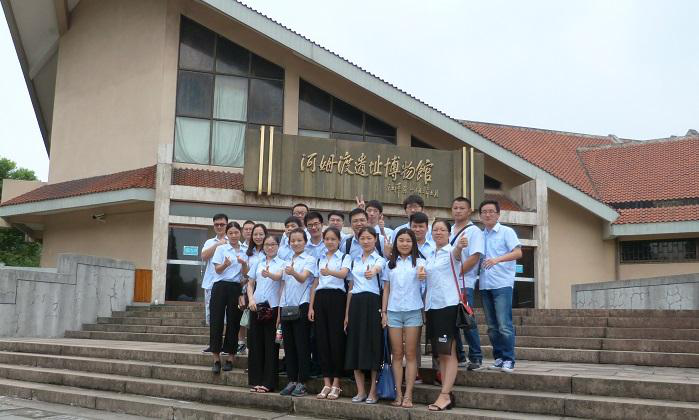 In August 26th, Ningbo Ronbay Lithium Battery Materials Co.,Ltd 2017 new staff visited Hemudu site. First of all, we visited the museum of Hemudu site. The explainer made a detailed introduction to the exhibits in the museum. Colleagues carefully studied the culture of Hemudu. 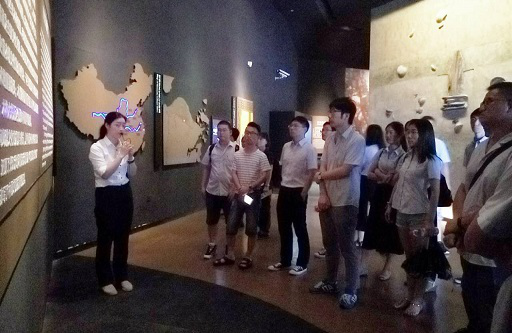 Hemudu culture rice farming is the outstanding representative of prehistoric farming culture in Southern China. In the summer of 1973, villagers planned to build waterlogging stations in a low-lying area before the rainy season. Just as they dug more than a metre deep, they faced trouble. Some of the clutter and some of the stones affected the progress of the construction. They found that the clumps of debris in the soil seemed to have been processed. He picked some of the stones that had been processed, and was soon sent to a professional archaeologist.

When the archaeologists dug up three meters from the ground, they found something strange. In the dark brown soil, there are some small golden particles, but soon it becomes the color of the earth. The archeologists picked up the brown particles that were mixed in the soil, and, after careful identification, they could hardly believe their eyes, which were carbonized rice.

Under this soil, the unceasing mixing of rice in the earth was discovered. Such a large amount of hoarding provides important evidence for archaeologists. The ancient people who lived here 6,000 years ago had developed to master the skill of rice farming. 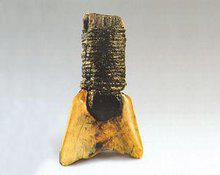 A lot of bone was found in the soil near the rice valley. Among the excavated bone products, they found that one of the pieces was also wrapped in vines, which is the tool of the hemudu people's production, bone. The excavations of bone have provided important evidence for Hemudu planting rice. The skeleton, unearthed in Hemudu, is the oldest bone farm tool found in China. The excavations of large numbers of bones show that the hemudu people, more than 6000 years ago, had been removed from the slash-and-burn farming method and entered into the stage of the ploughing. 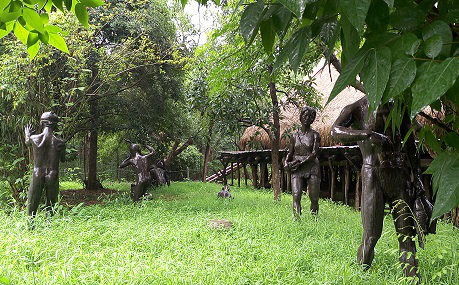